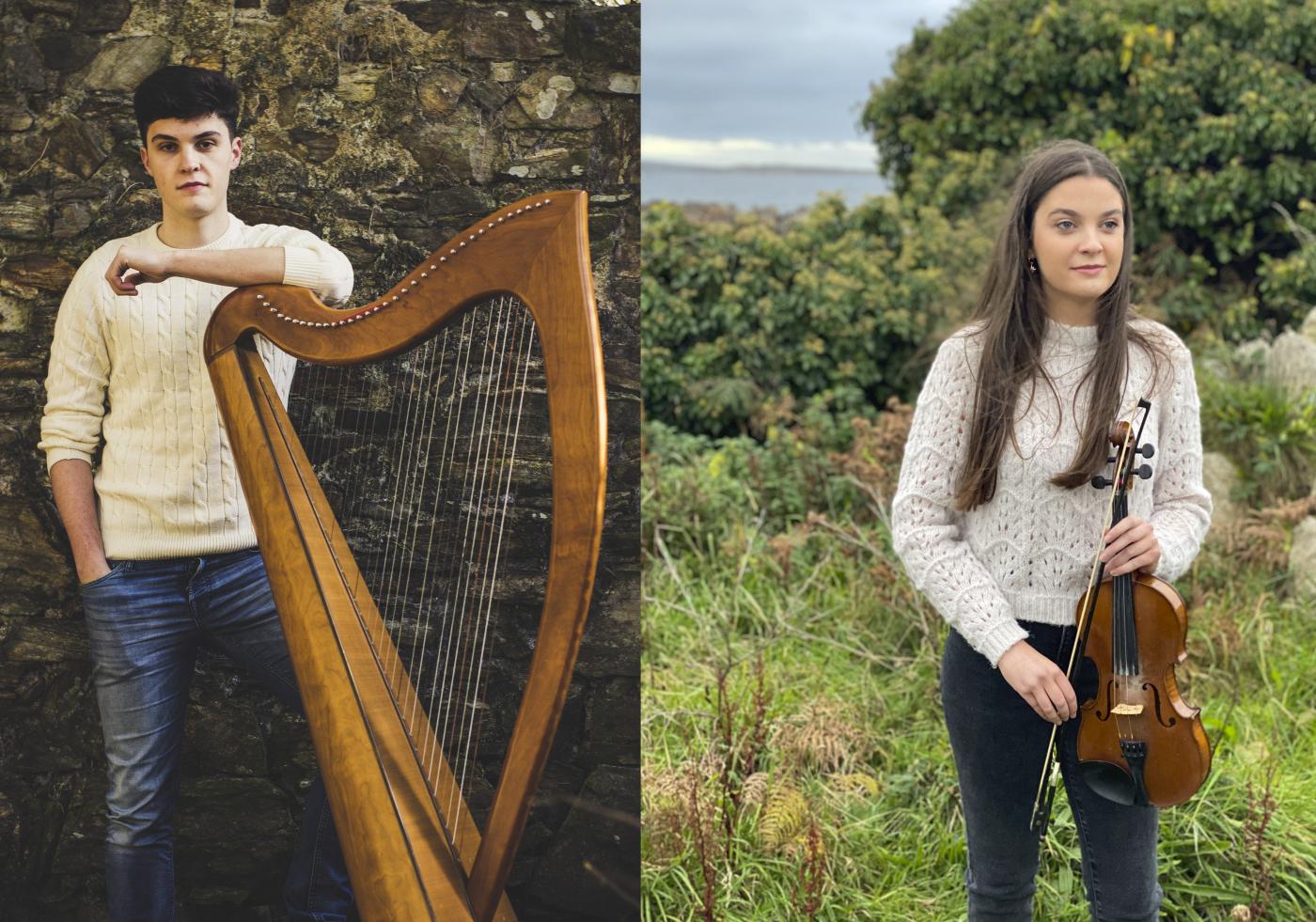 Séamus and Caoimhe Uí Fhlatharta are a brother and sister duo from Connemara on the west coast of Ireland.Born into a village at the heart of the Gaeltacht region, they were fortunate enough to have been immersed in the traditions of Irish music, song and dance from a very young age. Keen vocalists, multi-instrumentalists and dancers, their mother tongue, Gaeilge, is often at the heart of their musical performances and other endeavours. Caoimhe began playing music and singing at the age of four. Broadening her musical abilities in later years, she developed into a multi-instrumentalist.Developing the sean-nós singing style native to her area, she also began experimenting with other styles and genres. She has received many accolades at numerous music competitions across the country, including County and Provincial titles as well as two All-Ireland titles at the tender age of 14. Caoimhe has been privileged to share the stage with renowned performers. She has amassed a vast repertoire of songs, ballads and tunes over the years.Since the age of 16, Séamus has been making waves on stages around the world; performing in Asia, North America and throughout mainland Europe. He has had the privilege of performing with Ireland’s finest performers at prestigious festivals across the globe - most recently as a guest musician on the 25th Anniversary Tour of Riverdance at Radio City Music Hall, NYC. Accumulating a total of 23 All Ireland Titles from the age of 7, Séamus has performed alongside the finest ambassadors of Irish Music and has contributed to numerous albums to date. The duo received great attention for their unique take on a Sean-nós song, “Eleanór na Rún” , on TG4’s “Fleadh 2020”. They are elated to be a part of this year’s Other Voices line up.Highlights from Séamus & Caoimhe Uí Fhlatharta's Other Voices performance will be show on RTÉ on 15 April at 11pm. Full details: https://bit.ly/2O39MnyThroughout the series we'll be sharing exclusive performances + interviews on our YouTube to shine a light on some of the magic you might have missed the first time around! Make sure you subscribe to get the first look! https://www.youtube.com/user/OtherVoicesLive 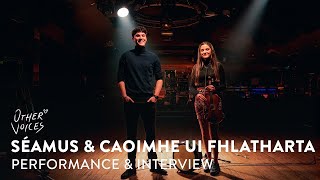 Séamus & Caoimhe Ui Fhlatharta | OV 19
This is some text inside of a div block.