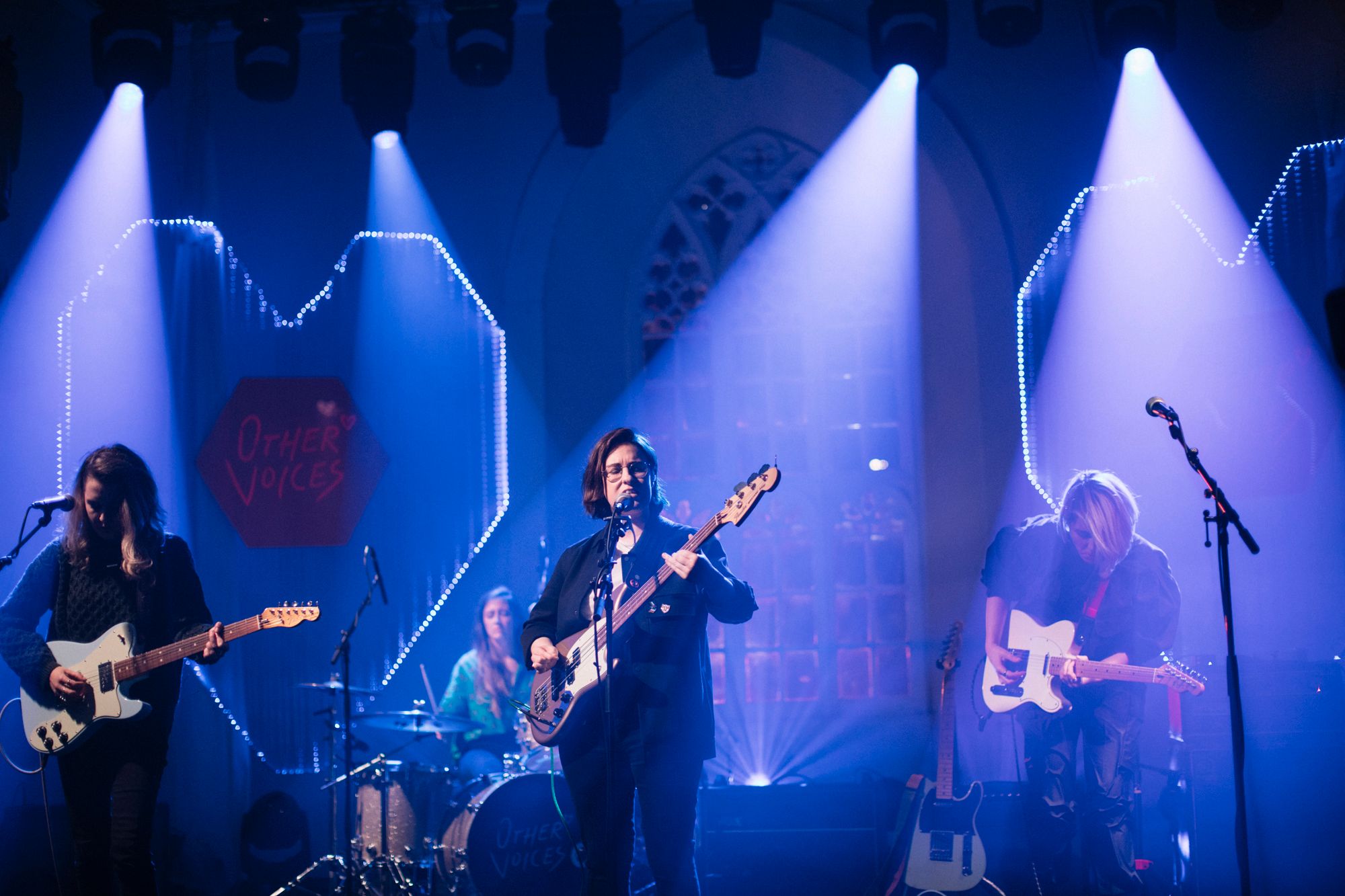 Pillow Queens are a rock band based in Dublin, Ireland. Formed in 2016, their Calm Girls EP caught the ear of Steve Lamacq who called the four piece “deceptively infectious, with sharp hooks and sharp nails”.

Their follow up EP’s lead single, Favourite, with its accompanying dog-filled video, received airplay on BBC Radio 1, BBC Introducing, Radio X, and Amazing Radio as well as across Irish national radio stations. Two UK tours followed, along with a brace of sellout hometown shows in Dublin.But even bigger stages beckoned, when they supported Pussy Riot, and opened for Idles and Future Islands at massive open air shows in Dublin in the summer of 2018. Working with Mercury Prize nominated producer Tommy McLaughlin (Becoming A Jackal/Awayland, Villagers), the band launched the track and video Gay Girls, an instant queer anthem, which was nominated for the RTE Choice Music Prize song of the year, and embraced by NPR’s World Cafe and KEXP.Building a following of amazing fans from their tracks, festival shows, sold out gigs around Dublin and Ireland, on the road in Europe, they played Eurosonic, supported Soak on their European tour, were cited as a highlight at Iceland Airwaves, played Other Voices, a bajillion festivals, and hit the US for the first time with shows in New York City and Los Angeles, leading to SXSW before something we won’t talk about cancelled the festival, and all other upcoming dates. Oh well.

Still, their debut album is here, and nothing can take its awesomeness away.Released in October, their highley anticipated debut album 'In Waiting' is the result of four years of brotherly love in a sisterly unit from Ireland’s most urgent, yearning, rock band. Crafted from their lives, and honed in a studio in rural Donegal in the northwest of Ireland, this is a record by queens in waiting and kings in the making.It’s an album about love; self-love, queer love, the anxiety-inducing faultlines of romantic love, and the love for a city and a country that simultaneously has your back and is on your back. It’s an album about the in-between; the transitionary period of an adulthood that never seems to arrive, while you wait for that lightbulb moment when everything makes sense, even though part of you knows deep down it will never come.

It’s an album about the purgatorial aspect of late-stage capitalism, where the systems conspire to burden and punish; job insecurity, housing crises, income inequality, and social inequity. It’s an album about family; chosen, given, received and earned.It’s an album about spirituality; from the engrained confines of religion, to the expanding borders of spirituality, and the iconography and ritual that populates the emotional interior of anyone who grows up in Ireland. It’s about resilience of the politics of the self and belief in the power of art. The wounded deers leap highest. Tiocfaidh ár lá.

Pillow Queens played in the Church of St James for Other Voices Series 19 in December 2020. 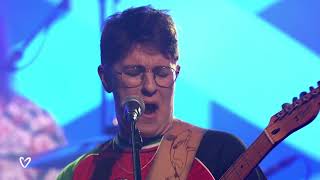 Gay Girls | OV 17
This is some text inside of a div block. 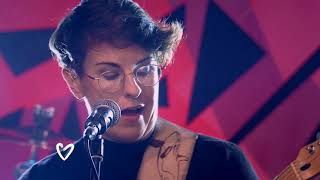 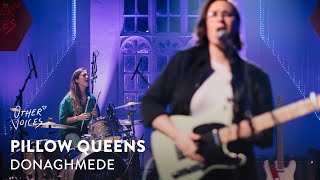 Donaghmede | OV 19
This is some text inside of a div block. 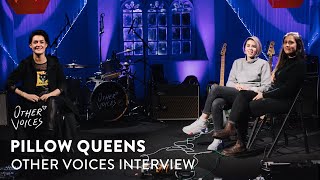 Pillow Queens Interview | OV 19
This is some text inside of a div block.