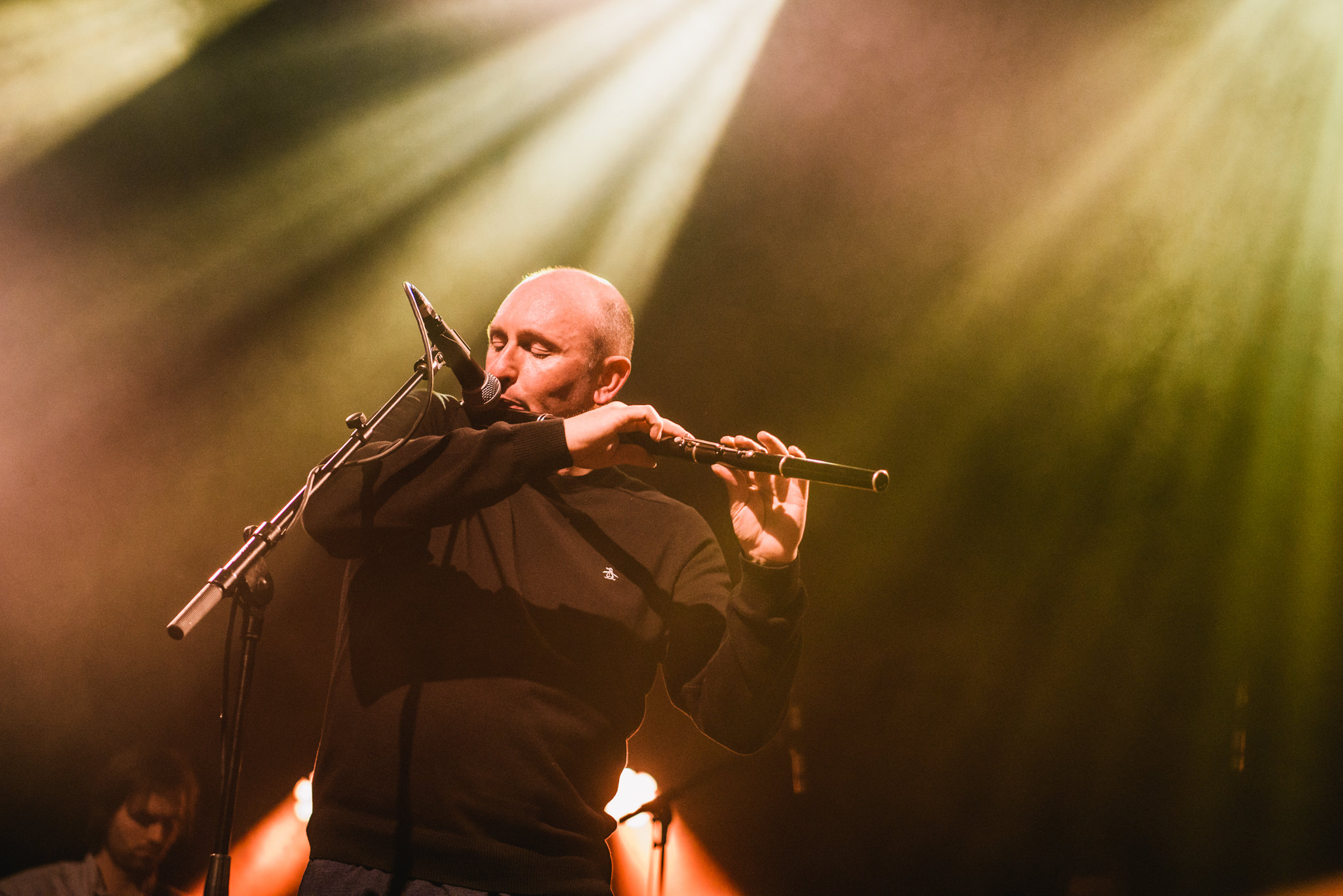 One of the greatest flute players in the world” (BBC Music)

"Mike is in a class of his own - it’s always a joy to share a stage or a studio (or a beer) with him.” (Mark Knopfler)

Mike McGoldrick, from Manchester, England, is also a multi-instrumentalist and composer. His versatility induces wooden flute, low whistles and uilleann pipes to sound just right in a wide variety of settings, making him a go-to contributor for many artists including Vicente Amigo, Zac Brown Band, Xosé Manuel Budiño, Jerry Douglas, Julie Fowlis, Darrell Scott Nolwenn Leroy, Tim O’Brien, Dirk Powell and Kate Rusby Mike has played with Mark Knopfler since 2009 and with the Transatlantic Sessions since 2007. Steeped in Irish traditional music he has, from his ground-breaking 2000 solo album Fused onwards, assimilated a wide range of other musical styles - jazz, funk, African and Indian rhythms - into his work. In 2018 Mike released ARC, his fifth solo album, The Wishing Tree with John Doyle and John McCusker, and Dog in the Fog with Dezi Donnelly.