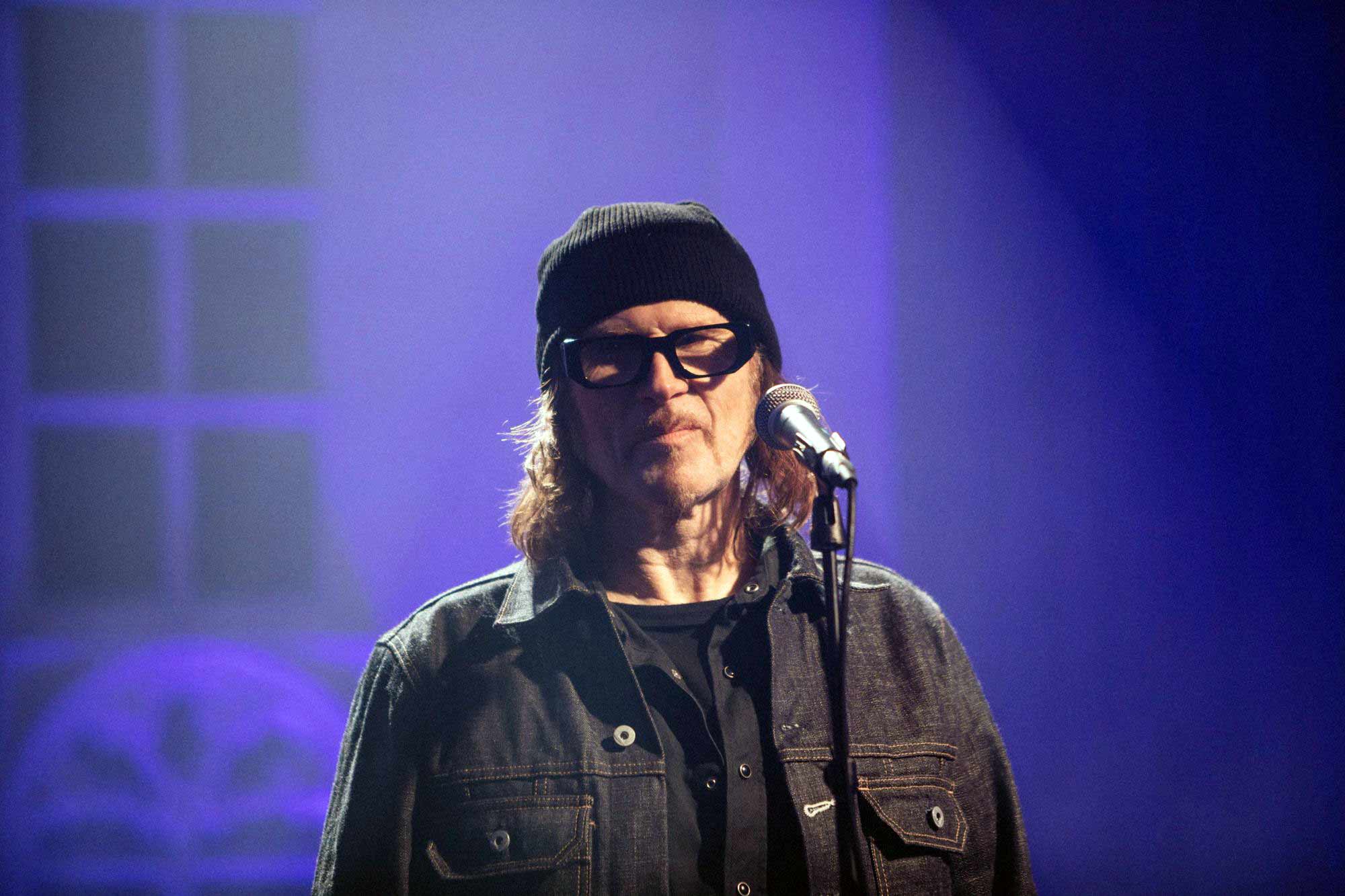 Following the success of last year’s Somebody’s Knocking LP, Mark Lanegan released a new solo album, Straight Songs Of Sorrow on 8th May 2020 via Heavenly. The album features guest appearances from Greg Dulli, Warren Ellis, John Paul Jones, Ed Harcourt and more. When considering any great work of art, be it a painting, a novel, or a piece of music, it’s natural to wonder what might have inspired it: ‘the story behind the song’.

Mark Lanegan’s new album, ‘Straight Songs Of Sorrow’, flips that equation. Here are 15 songs inspired by a story: his life story, as documented by his own hand in his new memoir, “Sing Backwards And Weep”. The book is a brutal, nerve-shredding read, thanks to Lanegan’s unsparing candour in recounting a journey from troubled youth in eastern Washington, through his drug-stained existence amid the ’90s Seattle rock scene, to an unlikely salvation at the dawn of the 21st century. There’s death and tragedy, yet also humour and hope, thanks to the tenacity which impels its host, even at his lowest moments.

Today, Lanegan is a renowned songwriter and a much-coveted collaborator, as adept at electronica as with rock, constantly honing his indomitable voice: an asphalt-laced linctus for the soul. While the memoir documents a struggle to find peace with himself, his new album emphasises the extent to which he came to realise that music is his life.“Writing the book, I didn’t get catharsis,” he chuckles. “All I got was a Pandora’s box full of pain and misery. I went way in and remembered shit I’d put away 20 years ago. But I started writing these songs the minute I was done, and I realised there was a depth of emotion because they were all linked to memories from this book. It was a relief to suddenly go back to music. Then I realised that was the gift of the book: these songs. I’m really proud of this record.”

‘Straight Songs Of Sorrow’ combines musical trace elements from early Mark Lanegan albums with the synthesized constructs of later work. The meditative acoustic guitar fingerpicking – provided by Lamb Of God’s Mark Morton – on ‘Apples From A Tree’ and ‘Hanging On (For DRC)’ echo 1994’s ‘Whiskey For The Holy Ghost’. Yet one of that record’s touchstones was Van Morrison’s Astral Weeks, echoed in the new album’s opener I Wouldn’t Want To Say, where Lanegan extemporises à la Ballerina over musique concrète wave patterns generated by his latest favourite compositional tool, a miniature computer-synth called the Organelle. The lyric clings onto the music, emulating his book’s queasy momentum: “Swinging from death… to revival.” “That song is the explanation, the beginning and middle and end of that entire period of time,” Mark says. “The encapsulation of the entire experience, book and record. So I started with that.”

Lanegan affirms that every song references a specific episode or person in the book, albeit some more explicitly than others. ‘Hanging On (For DRC)’ is a loving ode to his friend Dylan Carlson, genius progenitor of drone metal and a fellow unlikely survivor of Seattle’s narcotic dramas. “I was always unhappy, and he was the guy who was always smiling, even through my crazy schemes that eventually got both of us into a lot of trouble.”

‘At Zero Below’ features two of the album’s many stellar guests. Singing admonitory harmonies with himself is Greg Dulli, another ’90s alt-rock veteran, Lanegan’s erstwhile partner in mischief and fellow Gutter Twin. The song’s incantatory fiddle is played by The Bad Seeds’ Warren Ellis. No lesser figure than Led Zeppelin’s John Paul Jones provides Mellotron on the serpentine Ballad Of A Dying Rover. Aside from mandolin, all Daylight In The Nocturnal House’s cobwebbed atmospherics are by Portishead’s Adrian Utley. Ed Harcourt is Lanegan’s pick for album MVP (“He’s all over it – everything that he plays, piano or Wurlitzer, becomes magical”), with special mention to bassist Jack Bates, son of Peter Hook; that duo make especially distinctive contributions to Churchbells, Ghosts a bleakly humorous lament to the drudgery of life on the road. The material on the last two Mark Lanegan Band albums had Lanegan’s words set to music by various other sources.

But aside from the Mark Morton collaborations, Straight Songs Of Sorrow was built from the ground up by Lanegan alone, aided by producer Alain Johannes, his longtime consigliere. Only two other songs have shared credits, and even these stay in-house: ‘Burying Ground’ and ‘Eden Lost And Found’ were co-written by Mark’s wife Shelley Brien, with whom he also duets on the Rita Coolidge/Kris Kristofferson-style ballad This Game Of Love. “Let’s put it this way,” says Mark. “Every girlfriend I’ve ever had, for any amount of time, left me. All the good ones left me! Until my current wife. It was great to sing that with Shelley, it really shows she’s a great singer. And it has a depth of emotion that I’m not used to. This is a more honest record than I’ve probably ever made. ”And indeed, there is a happy ending to this story. Just as his book closes with the hero overcoming adversity and turning, battered but cleansed, towards a new day, so Straight Songs Of Sorrow closes with ‘Eden Lost And Found’. “Sunrise coming up baby/To burn the dirt right off of me,” marvels Lanegan, with his words echoed by Simon Bonney of Crime & The City Solution, an all-time hero. “I wanted to make a positive song to end this record, because that’s the way the book ended,” Mark says.

“And what’s more positive than to have your favourite singer sing with you?”‘Straight Songs Of Sorrow’ feels both definitive and unique, a culmination of its creator’s arc yet also indicative of the energy that drives him onto future horizons. No wonder Lanegan is proud. 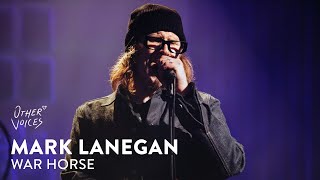 War Horse | Live at Other Voices 19
This is some text inside of a div block.