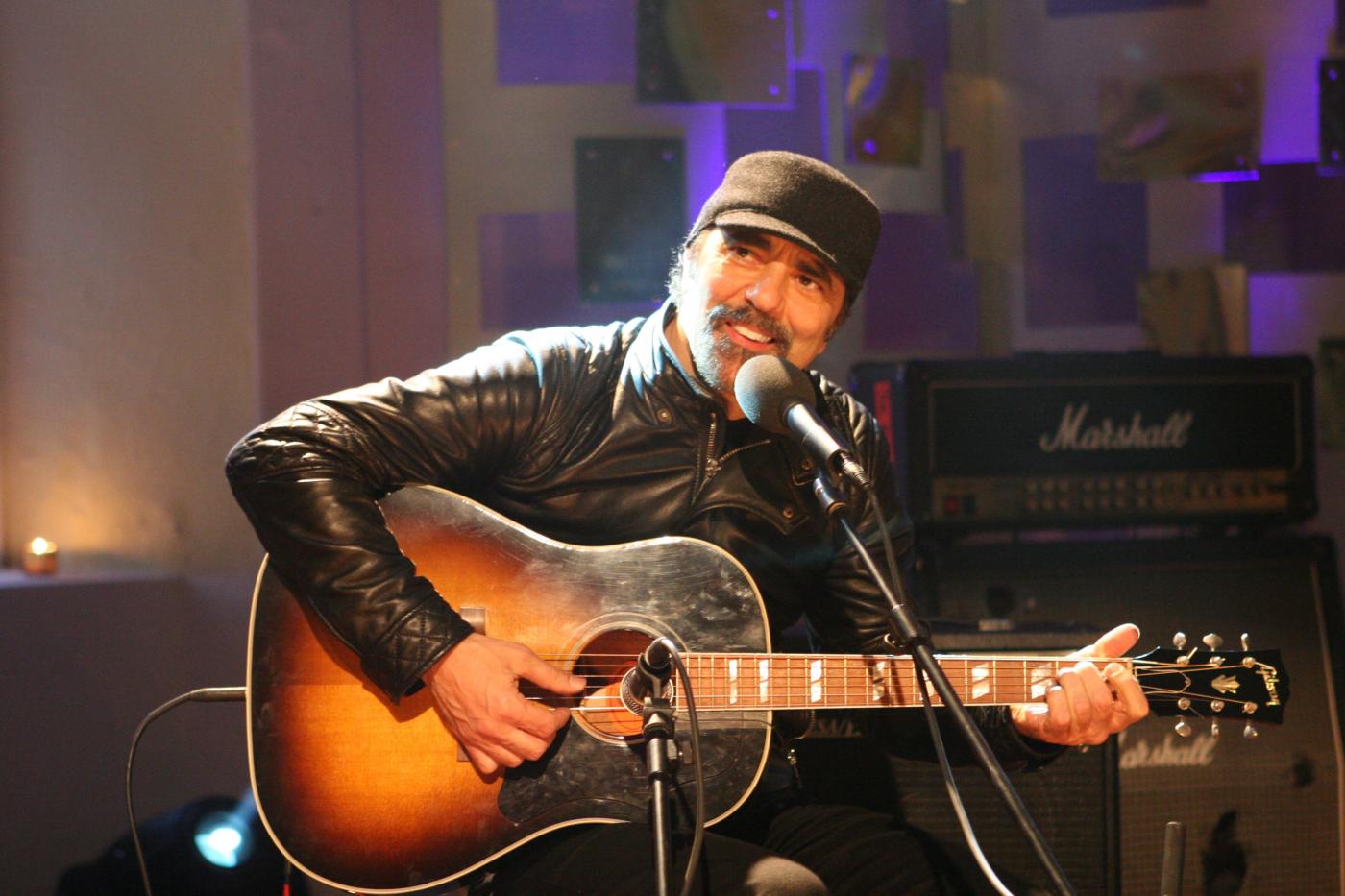 Best known for his production work with U2 and Bob Dylan, Canadian-born Daniel Lanois has also enjoyed a career as a songwriter whose work has been covered by artists such as Emmylou Harris and Dave Matthews. Born in Quebec in 1956, Lanois' first significant foray into the musical world was as a collaborator on a number of Brian Eno projects from 1982 to 1984. The success of his relationship with Eno led to Lanois being recommended to U2 by the former Roxy Music star and paved the way for a long working relationship with the Dublin band. That relationship began with 'The Unforgettable Fire' in 1984, on which Lanois worked as Eno's production partner. It would hit fruition three years later with the release of 'The Joshua Tree' in 1987, catapulting Lanois in to the higher echelon of producers worldwide. A number of albums with Peter Gabriel followed, before Bono personally recommended Lanois to Bob Dylan as the man who could help rescue Dylan's then faltering career. Disillusioned with the music business and having released a series of below-par albums, Dylan entered the studio with Lanois to record 'Oh Mercy', a triumphant return to form for the star and one of his greatest later albums. Though Dylan later described having a contentious working relationship with Lanois, he would call upon the Canadian again in 1997 to produce his excellent 'Time out of Mind' LP. Lanois' ability to get the best out of high-profile artists again came to the fore with his work on Emmylou Harris's Grammy Award- winning 1995 LP 'Wrecking Ball' and U2's 2000 comeback album 'All That You Can't Leave Behind'. His work as a songwriter has resulted in nine LP releases, the most recent of which is entitled 'Here Is What Is', which accompanies a documentary of the same name. The documentary details the creative process behind Lanois' approach to music making and recording. The album was initially released as a high-quality download last Christmas, while an actual CD will be released next month. Lanois is currently working with Brian Eno on the new U2 album due for release later this year.