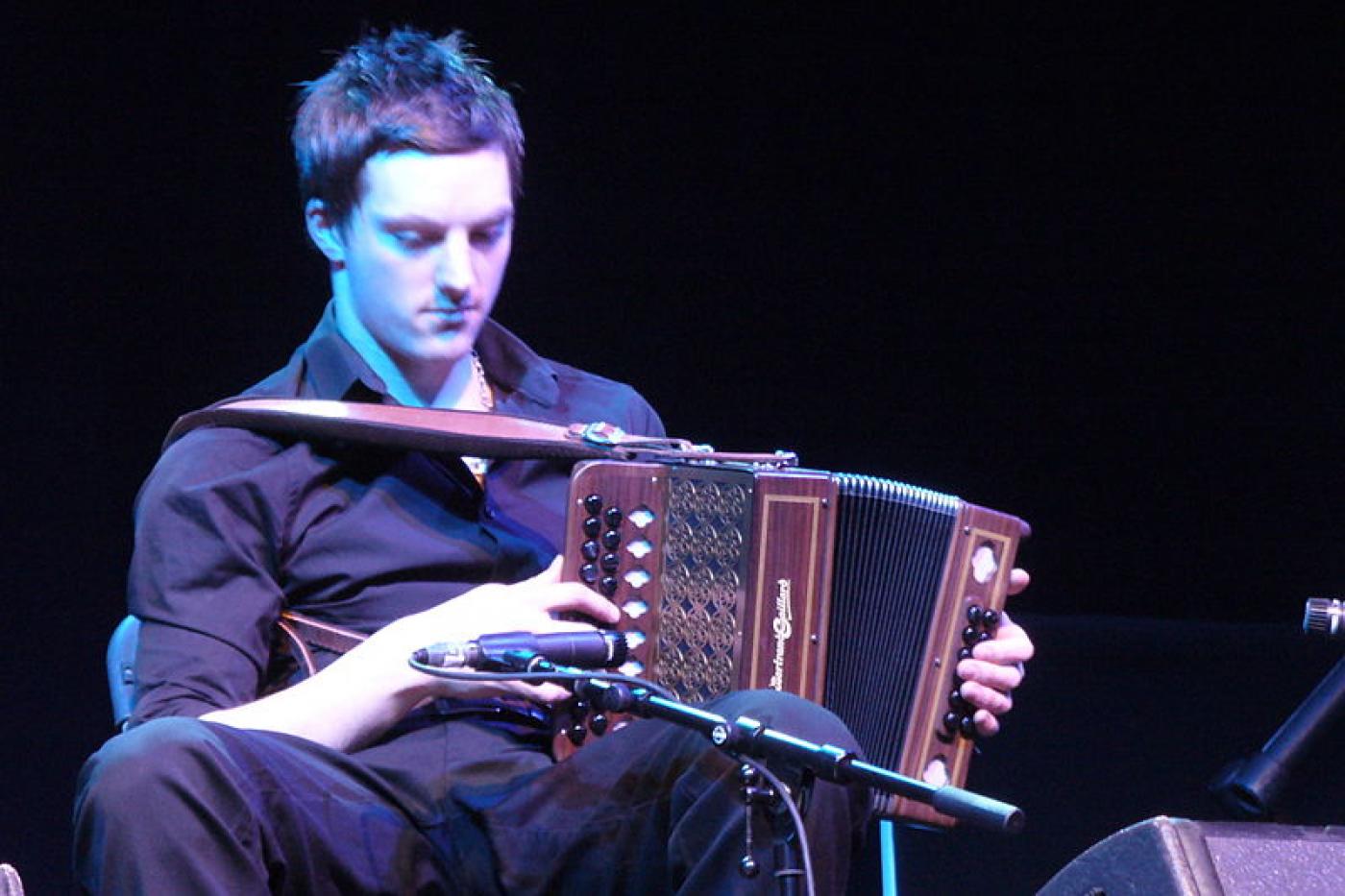 In a short space of time Damien Mullane has a musical cv that any veteran musician would be proud of. Still only 29, he has been described as a virtuoso with an avant-garde style of playing. Damien won numerous All-Ireland titles on both accordion and melodeon and began his professional career as the accordionist in the legendary Frankie Gavin's band De Dannan.Damien has toured extensively, performing as far afield as China, Australia, New Zealand, India and the U.S in some of the worlds most prestigious venues including Slane Castle, The Electric Picnic and Glastonbury. He has performed for numerous high profile figures including US current President Barack Obama end ex president Bill Clinton, Prince Albert of Monaco and former Irish president Mary Robinson. Damien has also collaborated musically with the likes of Ronnie Wood (RollingStones) and Sting (Police) to mention a few. Damien has recently released his debut album ‘13’, on which his collaboration with some of Ireland’s leading exponents such as Donogh Hennessy, Zoe Conway, John Joe Kelly, Trevor Hutchinson, Dessie Kelliher, Pauline Scanlon and Éamonn de Barra creates an exciting, original and progressive sound.