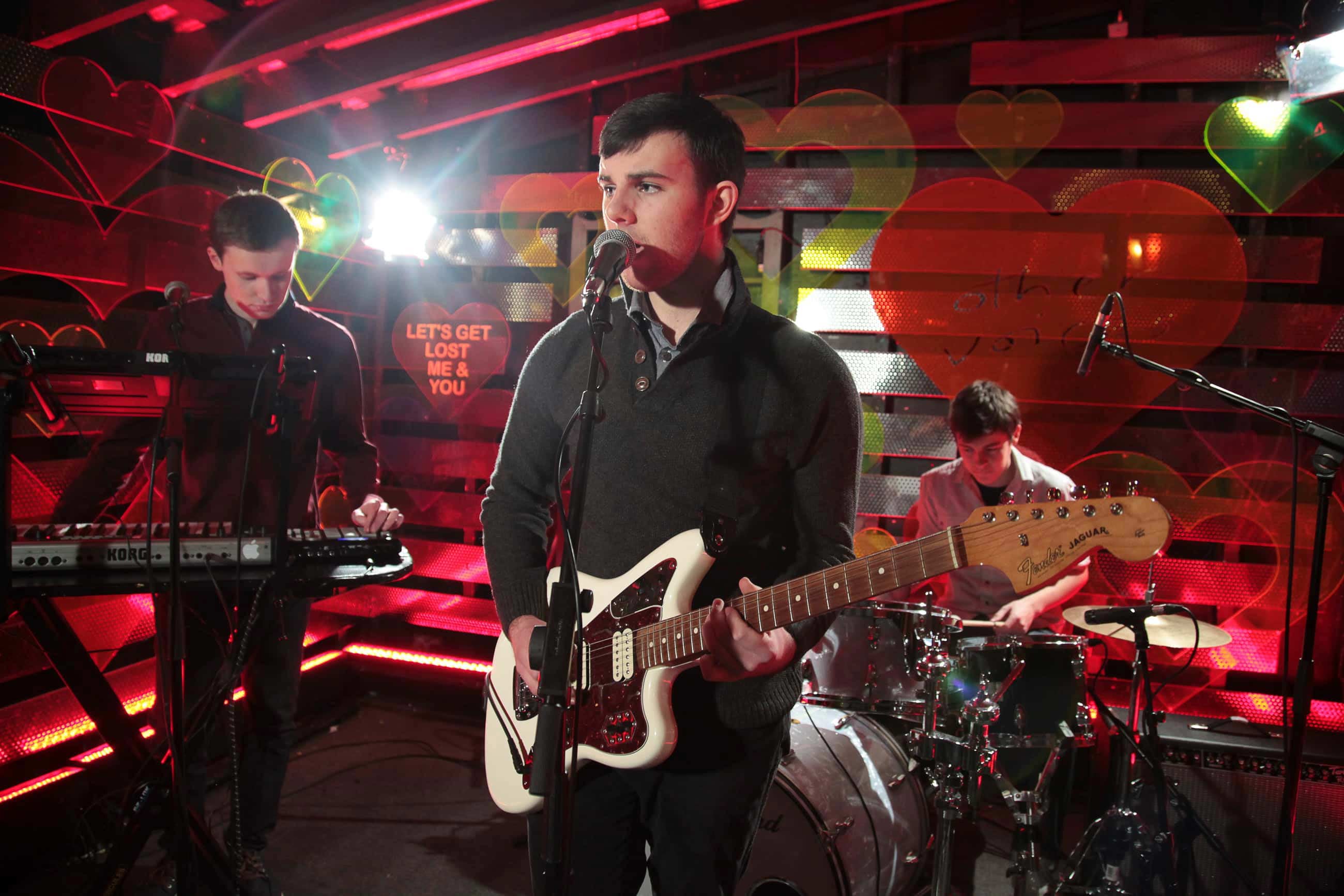 A trio from a village near Limerick in Ireland, Bleeding Heart Pigeons released their self-titled debut EP at the end of 2013 through Virgin Records. The EP was a response to the tragic Columbine shootings in the US and an attempt to interrogate the psychology of one of the two killers. The band say prior to the release they had seen very little live music and barely met any other bands thanks to their rural upbringing. As a result, they have forged an entirely singular sound, making music that warps and dismembers the fundamental tropes of alternative rock.