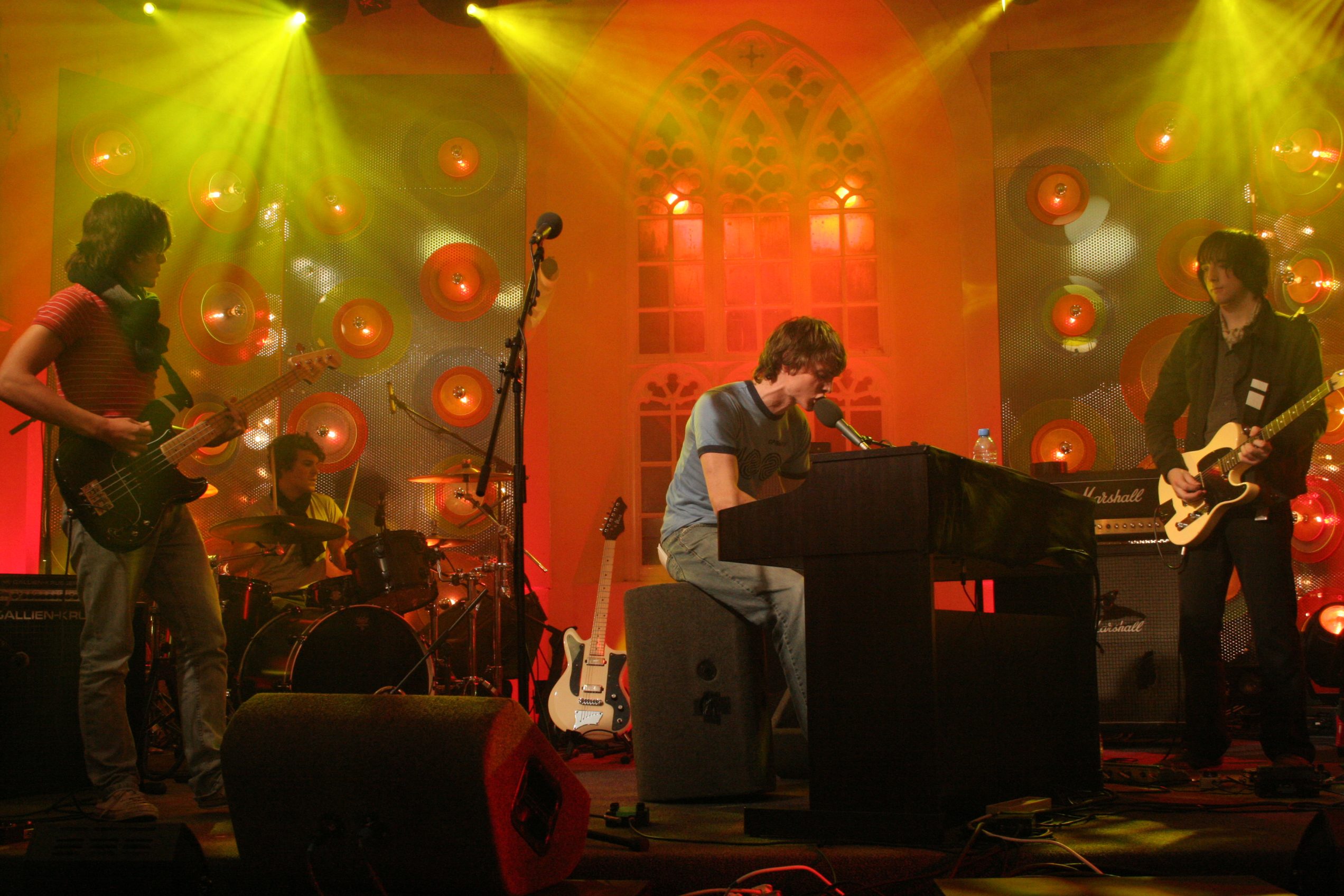 Taking their name from the air traffic control signals that bled into their instruments when they practiced near an airport, Bournemouth quartet Air Traffic are predicted to be one of the big bands of 2007. Chris Wall (vocals, piano, guitar), David Ryan Jordan (drums), Jim Maddock (bass) and Tom Pritchard (guitar) all went to school together but while they shared a love of music, they didn't hang out with each other. They formed Air Traffic in 2005 - with Chris being "borrowed" from another band after David saw him do a gig - and played their first shows in the autumn of that year. In July 2006 they released their debut single 'Just Abuse Me'/'Charlotte' through indie imprint Club Fandango/Fierce Panda. Limited to 500 copies, it sold out within days and the following month the band signed to EMI's Tiny Consumer label. Their first EMI release, the single 'Never Even Told Me Her Name', was released at the end of October 2006. Their debut album, recorded with David Kosten (Coldplay/Faultine) and Guy Massey (Manic St Preachers), is due out later this year.