Triur is the title under which Peadar O’Riada, Caoimhín O’Raghallaigh and Martin Hayes perform. All three performers have individually made their own mark playing Irish music and now collectively have created a new inheritance for future generations.

Their album, ‘Triur sa Draighean’, comprises of 16 tracks composed by Peadar O’Riada and recorded in his home, An Draighean, (Blackthorn) in Cul Aodha, in Co. Cork. It is an extraordinary album of newly composed music, virtuosic musicians and a uniquely stripped back recording process. The music and the homely location created an environment where the three friends could create something new of rare beauty and simplicity.

There are jigs and hornpipes, reels and slides, even a polka for good measure. Some of the compositions are beautifully haunting, with the addition of the Indian Tambura and the drone like sound of Peadar’s voice. Rarely do you hear two fiddles and a concertina on a recording but in the hands of these three masters it is pure joy. Triur sa Draighean can be regarded as a vital and major contribution to Irish music. 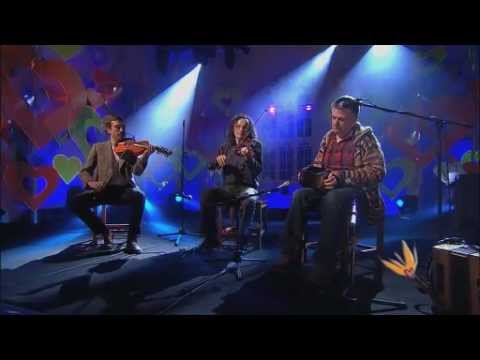