The eccentric experimental rock of the Super Furry Animals has proven consistently brilliant over a 15-year career that has spawned eight wildly inventive albums.

Formed in Cardiff in 1993, Gruff Rhys, Huw Bunford, Guto Pryce, Cian Ciaran and Dafydd Ieuan played their part in re-energising the Welsh music scene along with a wave of 1990s acts from the country such as Manic Street Preachers, Catatonia and Stereophonics.

Discovered by Creation Records founder Alan McGee in late 1995, the five-piece promptly signed to the London based independent label which counted Oasis, Teenage Fanclub and Primal Scream amongst its eclectic mix of acts.

Debut album 'Fuzzy Logic' followed in May 1996 preceded by two acclaimed singles in 'Hometown Unicorn' and 'God! Show Me Magic', both of which featured the band's odd and varied influences from alien kidnappings to performing hamsters.

Such oddball genius was met with similarly brilliant streams of melody and 'Fuzzy Logic' deservedly became an indie favourite. As if to highlight the fact that they were that bit different, SFA used the money they made from the album to buy a blue armoured tank which they took to various festivals, using it to blast out techno. Apparently, when done with the tank, they sold it to Don Henley of The Eagles.

In December 1996, the band released their cult classic 'The Man Don't Give a F**k' as a limited edition single. Thinking the song would prove only a minor hit with their fanbase, it has since proven their most popular song live.

Their excellent second album 'Radiator' followed in August 1997, with the singles 'Demons' and 'Play It Cool' again showcasing their knack for penning miniature anthems. Stepping up a gear in early 1998, the band released the 'Ice Hockey Hair' EP, giving them their biggest chart hit at the time and paving the way for a memorable 'Top of the Pops' performance.

1999s 'Guerrilla' would prove their most experimental work at the time, darting from glam rock to funk and techno, whilst also baring the marks of calypso and electronic influence. It would also be their last record with Creation after Alan McGee decided to fold the label at the turn of the century.

In the period between Creation's demise and the pursuit of a new label SFA self-released 'Mwng', an album of acoustic pop sung in Welsh, before penning a deal with Epic in 2000.

Their first album for the label, 'Rings Around the World', remains their most accessible record to date and also their biggest selling. The band followed it up in 2003 with 'Phantom Planet', a more rock-orientated album largely devoid of their previous experimentation, before returning to the experimental roots with the ambient and string-laden 'Love Kraft' in 2005.

Since then the band have left major label Epic, returning to their indie roots through a deal with the famed Rough Trade label. Gruff Rhys has released a solo album through the label, while last year saw the band release 'Hey Venus!', an album which recalls their earliest work.

This is their first appearance on 'Other Voices'. 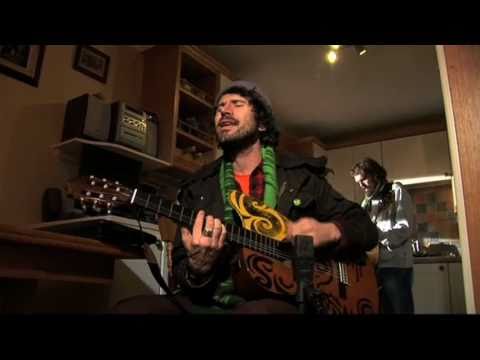