The Strypes are a 4-piece beat group from Cavan. With an average age of just 15, The Strypes have been everywhere this summer. The release of their EP ?You Can?t Judge A Book By The Cover? saw them performing on the Late Late Show. They played Wesport Festival alongside Jools Holland. They?ve had an action packed summer playing all over Ireland and Europe, finishing up with a trio of shows at Electric Picnic, making them one of the breakthrough acts of the year. They've just finished a recording session with legendary Chris Difford from Squeeze who flew over to guest at a recent gig in Cavan! They played 2 nights at Ronnie Scotts earlier this month and they were listed as the Hottest Unsigned Band in the UK by the NME in their latest issue. Their incendiary live show see?s this these hep cats who look like a young Beatles but rock it like the Rolling Stones channel the musical spirit of the Who, Bo Diddley and every mod who ever gave a damn.

Performances by The Strypes

The Strypes - Rollin' and Tumblin' 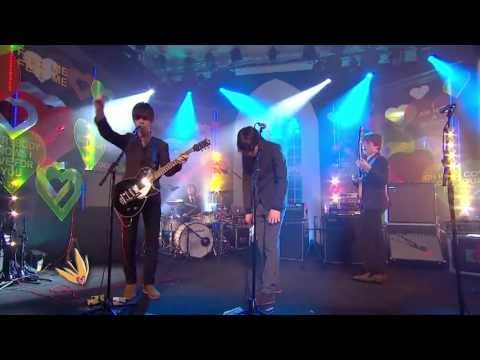