Spiritualized are and English space-rock band formed in 1990 by lead singer and composer Jason Pierce (Formerly of Spacemen 3). Their sound is a bruised blend of space-rock, blues, gospel, garage-rock, and white-noise.They have released six studio albums over the past two decades. The best known and most critically acclaimed of these was 1997's ?Ladies and Gentlemen We Are Floating in Space?, which NME magazine named as their Album of the Year.

Most recently Pierce has been playing shows as Spiritualized Acoustic Mainline, stripping back to just acoustic guitar, organ, a string section, and a choir, giving the music more space and therefore highlighting the beauty and intricacies. 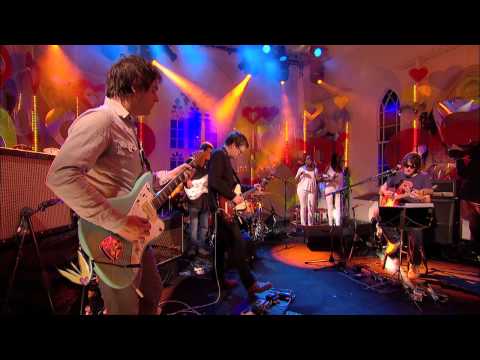