This is Sorcha Richardson

Opening with Honey, a startling reflection on the power of encountering love, Richardson lulls the listener intoa captivating 10-song odyssey of impeccably crafted folk rock and pop with some fine electronic flourishes...Richardson creates a rich and unique soundscape for each of her songs to inhabit. First Prize Bravery is a riv-eting debut. – The Irish Times ★★★★

Everything, of course, is a foil to Richardson’s voice, which can only be described as laidback liquid gold. It draws you into these personal situations, and lays them out like an open diary, judgement-free.
Bravery indeed. This is a superb record. – Hotpress 9/10

After multiple listens, I must admit that I still can't quite comprehend the immensely human and authentic talent that courses through this ten-track release. – Earmilk ★★★★

Irish singer-songwriter Sorcha Richardson has been cultivating a cult fanbase for several years. Songs such as ‘Ruin Your Night’, ‘Petrol Station’ and ‘Can’t We Pretend’ are evocative vignettes of a moment in time which find the poetry in introspection, with a tangible nod to key influences such as Sharon Van Etten, Arcade Fire, Phoebe Bridgers and Julia Jacklin.

Exuding passion and tender beauty in equal measure, her narrative song-writing connects with people who have shared similar tangled emotions - as evidenced by 30 million streams at Spotify alone.

In November of last year, Richardson released the biggest artistic statement of her career with her debut album, First Prize Bravery, winning praise from The Irish Times, DIY Magazine and Nylon, and later being nominated for the RTE Choice Music Awards for Irish album of the year. It’s a collection of lyrical snapshots of life as a twentysomething, accompanied by the desires, doubts and developments that the decade delivers.

It’s been a long road to reach this moment. Richardson left home for Brooklyn as a teenager to study creative writing. She’d assumed her background as a drummer would lead to her playing in a college band, but instead she ended up recording lo-fi demos in her dorm. Picking up traction on SoundCloud gave her the confidence that she could sing, while her studies sharpened her lyrical focus.

Moving back to Dublin inspired her to take stock of where she was. A new rush of ideas soon followed, with Richardson writing the likes of ‘False Alarm’ and ‘First Prize Bravery’ on the piano in her parents’ kitchen. An impromptu session with All Tvvins’ Conor Adams yielded ‘No-One Is Any Fun’, which features on their album ‘Just To Exist’, and ‘Twisting The Knife’ which is included on Sorcha’s album.

The final piece in the puzzle took an almost interventionist turn. Richardson was visiting friends in Los Angeles when she ran into Alex Casnoff, the producer of several of her singles and previously a member of the bands Dawes and Harriet. He’d been focusing on film projects rather than music, but the pair reignited their connection with Casnoff coming on board to produce the entire record. They completed the album within a month, with Richardson contributing vocals and guitar, and Casnoff synths and piano.

Sorcha celebrated the release of her debut album with a sold out Irish tour in November, and a series of festival and headline shows in the UK and Europe in late 2019 and early 2020, including Repperbahn in Germany, Eurosonic in the Netherlands and Mirrors Festival in London. 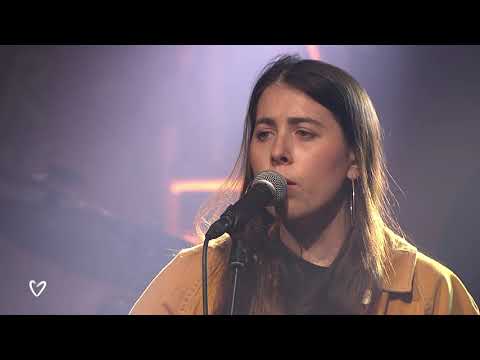