Known to his wife simply as Steve Wold, Seasick Steve could be described as the world's greatest living hobo bluesman.

Recipient of Mojo magazine's award for Best Breakthrough Artist last year, Wold is an unlikely success story given that it is only now, whilst in his sixties, that his musical talent has come to public attention.

Though having previously helped record a range of artists, and having played to anyone who would listen, it was only four years ago that Wold recorded his debut album 'Cheap', with Swedish rhythm section The Level Devils.

He followed that up in 2006 with the release of his first entirely solo album 'Dog House Music', which earned him an invite to Jools Holland's Annual 'Hootenanny' on New Year's Eve of that year and saw his profile in the UK and Ireland rocket.

The success of that appearance alone meant that Seasick Steve was the most-booked festival act in the UK. The veteran blues man gigged extensively in 2007 despite his advancing years and a major health scare.

Having apparently lived in 56 houses over a 25-year marriage to his Norwegian wife, the nomadic star has now settled in the one base in Norway following a recent heart attack.

In some ways this brings to an end his hobo days, with Wold's backstory laced with the sort of details that make for a blues legend.

Born in Oakland, California in the 1940s, Wold left home at 14 and began a lengthy freight-train-hopping and migrant-working hobo lifestyle, before eventually 'settling' in Tennessee (via San Francisco, UK, Hawaii, Tennessee, Washington State and God knows where else). Having learnt guitar at the age of eight, Wold is said to have later begun to play with various blues musicians during the Sixties.

By the 1990s, his ear for recording and producing music came to the fore. Whilst living in Olympia, Washington State he worked with an early incarnation of Nirvana, Modest Mouse and other acts during the grunge boom. He was also, briefly, a member of Modest Mouse.

Such recording work would stand to him, and much of the easy, downtrodden blues of 'Dog House Music' was self-recorded in his Norwegian kitchen. Full of no-nonsense finger picking and sliding, 'Dog House Music' is an engaging listen made all the more so by the autobiographical nature of the lyrics and the booming 'lived-it' voice they are delivered in.

As for his moniker, well 'Seasick Steve' is as direct and to the point as the man's music - he simply isn't a good ferry traveller! 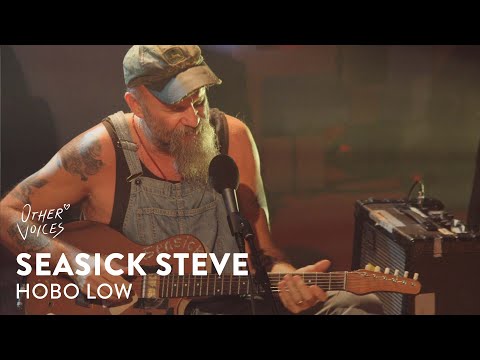