Public Service Broadcasting is the corduroy-clad brainchild of London-based J.Willgoose, Esq. who, along with his drumming companion, Wrigglesworth, is on a quest to inform, educate and entertain audiences around the globe.

The band burst onto the scene in May 2012 with their critically-acclaimed EP, The War Room, which has now sold over 17,000 copies and earned them many high profile supporters (Manic Street Preachers, New Order, Matt Horne & Ed Byrne amongst others). Over the past 18 months the band has risen from playing in the back room of pubs to selling out shows all over the UK. The band’s debut album ‘Inform - Educate – Entertain’ was released in May 2013.

PSB's uniquely spell-binding live AV Transmissions see them weave samples from old public information films, archive footage and propaganda material around live drums, guitar, banjo and electronics as they teach the lessons of the past through the music of the future - beaming our past back at us through vintage TV sets and state of the art modern video projection devices. 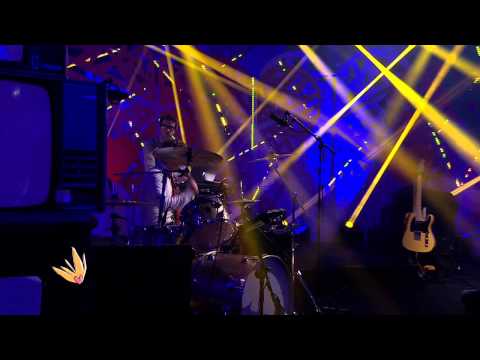