Formed in 1999, Ohio raised, Brooklyn based The National, consists of vocalist Matt Berninger fronting two pairs of brothers: Aaron (guitar, bass, piano) and Bryce Dessner (guitar), and Scott (bass, guitar) and Bryan Devendorf (drums). Their first full-lengths, The National and Sad Songs For Dirty Lovers, and a crucial mini-album, Cherry Tree, preceded their signing to Beggars Banquet in 2004. Alligator (2005), included underground anthem ?Mr. November,? and raised their profile as the National grew into an incendiary live band. Boxer (2007), featuring songs like ?Fake Empire?, ?Mistaken For Strangers? and ?Start A War,? sold over three times as many copies as its predecessor and saw them transformed from underground stars into an indie rock institution: they began the album cycle opening for the Arcade Fire and with guest appearance on major television shows such as the Late Show with David Letterman. By the time their busy season in support of Boxer came to a close they had become a headline attraction in their own right ? REM picked them as a crucial part of a US arena tour; and the Barack Obama campaign turned ?Fake Empire? into an unstated anthem for his presidential run, using it in the soundtrack to the promotional video Signs Of Hope And Change, and as background music during his victory rally in Chicago?s Grant Park. As the first decade of the 21st century came to a close both Boxer and Alligator made countless ?album of the decade? lists and their members began to occupy a still larger cultural footprint. The National?s fifth album, High Violet, released on their new label 4AD in May 2010, topped the charts in many countries across the world. Described as a triumph of sonic architecture, the album is cathartic, raw and reflective and anticipation for The National?s next move has grown to a fever pitch.

Performances by The National 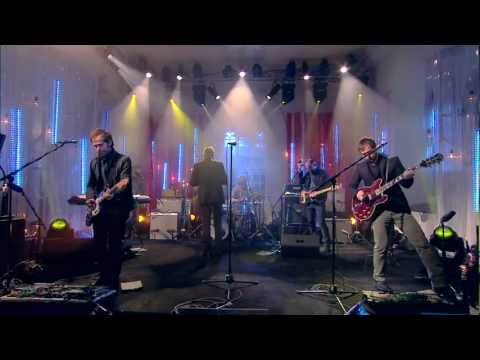