Zoe Randell and Steve Hassett are Melbourne duo Luluc (pronounced Lou-luke), who split their time between Melbourne, Australia and Brooklyn, New York. She has a low voice, his is high, he?s tall, she?s not so, and they harmonize ? with their voices, their guitars and in their creative vision. They produced their first album, Dear Hamlyn, on their own and its release saw them tour with the Fleet Foxes, Jose Gonzales & Lucinda Williams, among other tours & festivals. Their music has also reached a wide audience featuring in TV series ABC's Grey?s Anatomy. Word of their unique music has spread over time, recently legendary producer Joe Boyd invited them to tour in his Nick Drake tribute concert series 'Way to Blue'. Currently living in Brooklyn, the band are in the final stages of production of their second album, but this time with the help of The National's Aaron Dessner. Aaron will be joining Luluc onstage for their Other Voices performance.

'The most beautiful album I've heard in 10 years.' 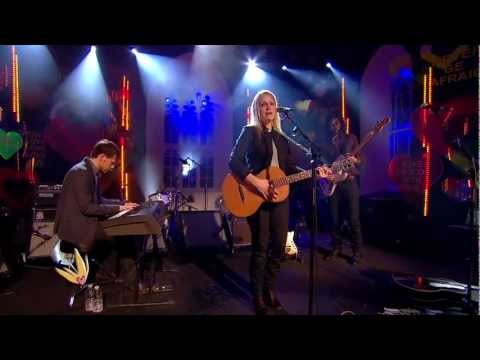