Lisa O'Neill started writing songs and music at an early age in her native Ballyhaise, Co. Cavan, Ireland. She moved to Dublin, aged 18, to study music on a full time basis. Early on she was welcomed into the folk and traditional scene in pubs and venues around the city where her singular voice, witty lyrics and observations on modern Irish life gained her popularity and set her apart as a unique talent.

On Lisa's second album Same Cloth or Not, she follows the embryonic ice-breaker of witty-ditties that was 2009’sHas an Album. Lisa has recently signed to Domino Publishing.

Anyone who has already seen her play at Body & Soul or the Electric Picnic or an impromptu sessúin somewhere or other will testify that Lisa’s live performance are beguiling affairs full of banter and old-style folk intimacy.

"O’Neill has an air about her that will forever be rural Irish; she may have left home at the age of 18 to study, live and subsequently work in Dublin, but city life hasn’t eroded her sense of her roots." Tony Clayton-Lea, The Irish Times

As she say on her Twitter profile... shes 'mad for the songs' 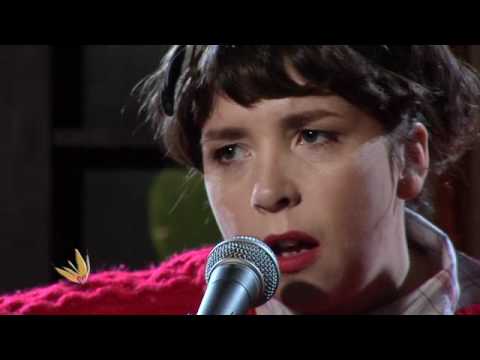