Since the first time he came to Ireland, to play a small tour with Steve Fanagan and Martin Finke in 2001, American singer-songwriter Josh Ritter has seen his profile grow beyond belief. With songs like 'Kathleen', 'Come and Find Me', 'Me and Jiggs', 'Potter's Wheel' and 'Here at the Right Time', Ritter was quickly taken to the collective heart of the Irish public and has transmuted that into international success. Already on Independent Records here in Ireland, he signed a worldwide deal with V2 Records in 2005 and his third album, 'The Animal Years', was released in early 2006.

Produced by Brian Deck, who has previously worked with Iron & Wine and Modest Mouse, 'The Animal Years' was recorded at Bear Creek Studios in Seattle and Engine Studios in Chicago, with Ritter drawing on a variety of texts and ideas for his lyrics, from the letters of John Adams and Thomas Jefferson to the historical fiction of Mark Twain. Its release led to TV appearances all over the world and marked Ritter's debut appearance on the Conan O'Brien show in America. Back in Ireland Ritter hit the ground running, with a comprehensive nationwide tour in support of his album release, including a one-off date in Christchurch Cathedral, Dublin. From that tour came November 2006's special, Ireland-only double disc live DVD digipack, 'In the Dark - Live At Vicar Street', the music for which was recorded over two nights of the tour in May 2006.

A few short years have seen Ritter turn from cult artist in Ireland to a singer-songwriter with an international career. The future's looking bright for this native of Moscow, Idaho. 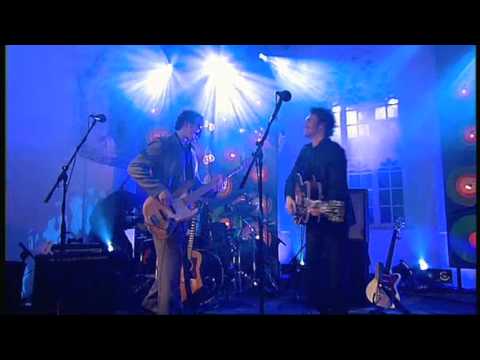