It has been quite a year for Jesca Hoop thus far. Tipped by a diverse range of publications from Uncut (?excellent?), Time Out (?bewitching?), OMM (Tips for 2009), The Sun ('Single of the Week' for 'Murder of Birds'), Esquire, Music Week and a two page feature in The Times on the back of one limited self-released UK debut EP Kismet. Her debut album arrives in the supremely elegant and unique shape of Hunting My Dress due to be released on November 27 2009.

By the time she began serving as nanny to Tom Waits and Kathryn Brennan's kids. Hoop had already been writing songs and performing with a band. Waits took an interest in her songs from a caring distance. Through him, an early version of the swirling ?Seed of Wonder? (from the Kismet debut) made its way to music publisher Lionel Conway, who in turn gave it to Nic Harcourt, the musically adventurous and influential host of "Morning Becomes Eclectic" on radio KCRW in Santa Monica. After playing SXSW last year, things started to move along at a steady pace and resulted in stints in the UK and the Kismet Acoustic EP. Her debut album Hunting My Dress is out in November on Last Laugh Records. 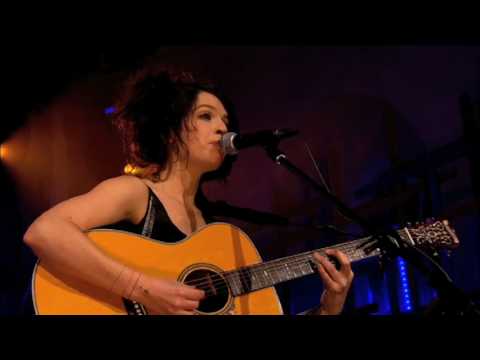