Hozier released his debut EP Take Me To Church over the summer of 2013 and the title track hasn’t been off the radio since. The video to accompany the song brought even more attention to the music when it was revealed in September pushing the EP into the iTunes top position. The video (directed by Brendan Canty) deals with the repression of gay people in Russia and has had over 600,000 views to date.

At around 15 years of age, Wicklow man Hozier taught himself to play guitar and piano focusing on folk and blues, then went on to attend Trinity College, where he studied music. Whilst there, he fronted the missions of the Trinity Orchestra to move into the world of classic rock. Irish producer Rob Kirwan (Delorentos/ PJ Harvey) worked on the debut EP and Hozier is signed to Independent label Rubyworks.

Hozier says: “Listen to any song, from any era; and you're looking through a keyhole into the artist's world as seen through their eyes. Art is, in it's simplest form, the reproduction of the world around us. All artists reproduce their vision of the world, and in doing so create a document that reflects the times they live in”.

This will be Hozier’s first visit to Other Voices and after the church of St James’, he will head on to the Pepper Canister in Dublin for two sold-out shows there and an Irish tour. 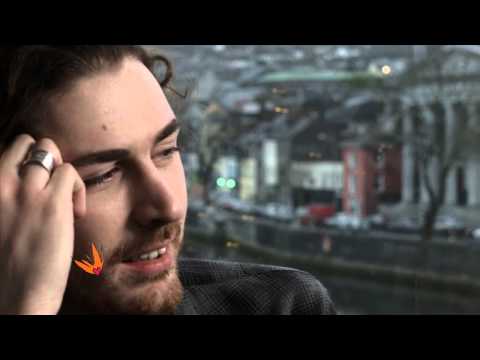