Horslips are a Celtic rock band that compose, arrange and perform songs based on traditional Irish jigs and reels. The group are regarded as 'founding fathers of Celtic rock'  They formed in 1970 and 'retired' in 1980 for an extended period.

Horslips were one of Ireland's leading rock groups of their era. There was a revival of interest in their music in the late 1990s and they came to be regarded as one of the defining bands of the Celtic rock genre. There have since been small scale reunions including appearances on The Late Late Show and Other Voices. The band reformed for two Irish shows in the Odyssey Arena in Belfast and the O2 Arena in Dublin at the end of 2009, and have continued to play shows since then. 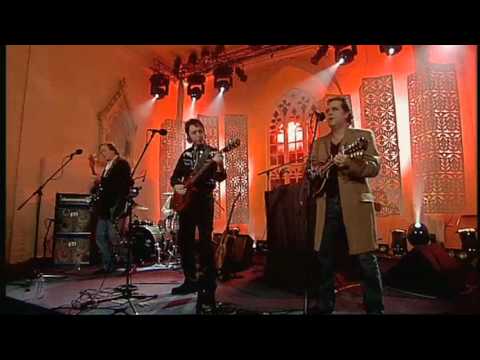