Perennial Britpop survivors, The Charlatans will release their 10th studio album this March and, like Radiohead, will make the album available for free download. To say that they have merely copied Thom Yorke and Co in side-stepping the traditional release routes would, however, be harsh on the Manchester act.

Hours before Radiohead stunned the music world in announcing that their 'In Rainbows' LP would be available free of cost, The Charlatans had revealed that their then forthcoming single, 'You Cross My Path', would be released for free as a precursor for a free download album.

The move is indicative of Tim Burgess and Co's willingness to move with the times. Though The Charlatans' profile has dropped since the heady days of their 'Tellin' Stories' LP in 1996, the band have nonetheless continued to captivate with their blend of soul, baggy and rock.

Initially derided as Stone Roses copyists upon the release of their 1990 debut 'Some Friendly', the band began to hit their stride with the release of their eponymously titled fourth album in 1995. That album spawned three Top 40 singles, notably the Top 20 hit 'Just When You're Thinking Things Over' and arrived just as Britpop was beginning to take off.

Tragedy struck however in July 1996 during the recording of the group's fifth album when keyboard player Rob Collins was killed in a car crash. The band persevered and the completed album, 'Tellin' Stories', proved their most commercially and critically successful release to date.

Having left independent label Beggars Banquet in 1998, the band inked a major deal with Universal Records, kick-starting a new era for the band that would see them recruit new keyboard player Tony Rogers and experiment more with their sound. The first record for Universal, 1999's 'Us And Us Only', saw a slight country sound infiltrate its way into their dance/rock sound, while soul became the dominant flavour on 2001's excellent 'Wonderland' LP.

A return to form however seems imminent with 'You Cross My Path', the first single from their forthcoming LP of the same name, signalling a return to the band's dance/funk/rock routes and in parts sounding like a modern take on their 'The Only One I Know' classic.

Live, the band remain a phenomenal proposition with Mark Collins' scintillating guitar matching Tim Burgess' vocal bravado. That they have such a canon of work to pick from only increases their strength in a live setting as their 'Other Voices' set aptly demonstrates.

Performances by The Charlatans 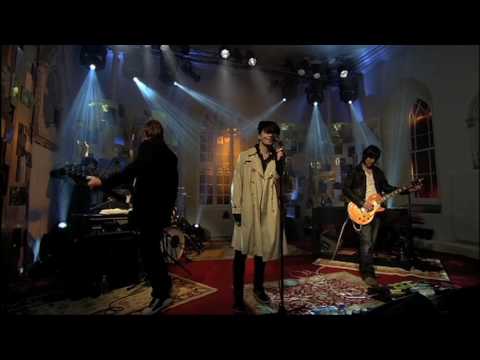